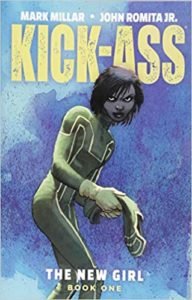 The Kick-Ass: The New Girl Vol.1 (2018) collects issues 1 to 6 from this series. Mark Millar and John Romita Jr. are back working together for the fourth series of this character.

Maybe you know Kick-Ass from the two movies and the three previous comics series. But this incarnation of the character in not the same nerdy character you met in the previous three series. Not at all. Where Dave Lizewski’s (the previous Kick-Ass) was a fanboy, his motivations purely altruistic and somewhat innocent, the motives and background behind this new Kick-Ass are completely different.

In this book we find Patience Lee, an afro-american marine woman who returns home after eight years of campaign in Afghanistan. But the home she returns to may not be the heaven she was hoping for. She finds her husband has left home, leaving her not only to take her of her two young kids, but also of a nice pile of debts.

Patience tries to reinsert in the “normal life” society, but finds that the society doesn’t have much places for her, just tending tables at bars, getting small money for her work. She then weights her alternatives, and takes a decision that it’s surprising that we haven’t seen more frequently in comics. She decide to dress like a superhero to hit the scum that has been plaguing her city, and rob them their money.

As I said before, it’s surprising that we haven’t seen this concept put to work more in the past! I remember Spider-Man old stories, where he struggles with his money concerns. Didn’t he ever think he could loot part of what he took from the bad guys? Maybe Punisher is the character that used some similar concept, founding his war on crime from some of the money he took from the criminals.

Patience motivations are not entirely selfish: she splits parts of her profits with the community, and she also finds herself doing some heroics while trying to hit the criminals. In terms of heroics, Patience is no Dave Lizewski. Her marine training makes her a deadly player, and some of the actions scenes drawn by Romita Jr. are really very entertaining.

Also, the antagonists Millar creates for his books are very interesting. As Bond villains, he creates very dislikable guys like Violencia, a psychopath killer that you hate from the moment you first see him, to Mr. Solo, a cold, intelligent tracker they hire to find her, the new Kick-Ass villain gallery is quickly introduced in these issues. Also, some background history featuring Patience’s sister presents some interesting turns, maybe a little predictable, but fun to read anyway.

If you haven’t read previous Kick-Ass (Dave Lizewski) stories, you really don’t need them to read this book. The only contact point so far is the costume. Maybe in the future?

But if you want to check them out, they’re quite good, specially the first series. The second is also good, maybe the weaker one is the third one. But if you dive into the first and the second series, you’ll probably want to read it anyway… 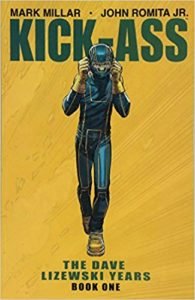 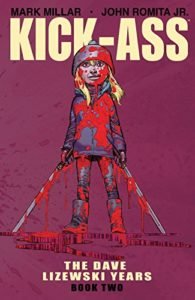 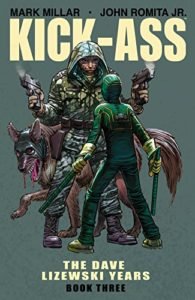 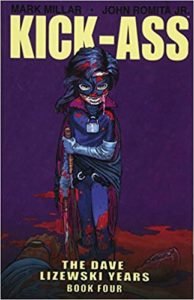 As always, I won’t tell much more about the Kick-Ass: The New Girl Vol.1 , more than that I really enjoyed reading it. If you try it, you probably won’t be disappointed. It’s popcorn time, if you understand what I mean, but it’s fun.

Until next Good Comics Fast Review, and good reading!!

The Winter Soldier: Second Chances paperback collects Winter Soldier (2019) 1 to 5, it’s written by Kyle Higgins and with nice art by Rod Reis. I started reading this series and I really didn’t give much about the first two issues. Bucky (sorry, Winter Soldier…) turned into some kind of repo man that get’s informants […]

Our very first article was a review on my personal favorite character, Daredevil (check it here!), now it’s time to review Daredevil’s run by Chip Zdarsky. This review covered Daredevil up to “Major Fisk”, which was one of the best stories from Daredevil I had read in years. Well, Chip Zdarsky’s run on Daredevil marks […]